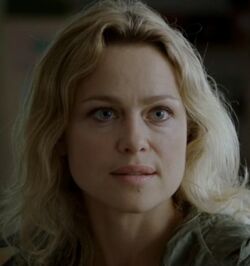 Maja Zeuthen is a major character in the third season. She is played by starring cast member Helle Fagralid. She is a doctor and lives with the pediatrician Carsten. She was divorced from Roberta year ago, and they struggle with the aftermath of divorce. She is the mother of Emilie and Carl.

Community content is available under CC-BY-SA unless otherwise noted.
Advertisement